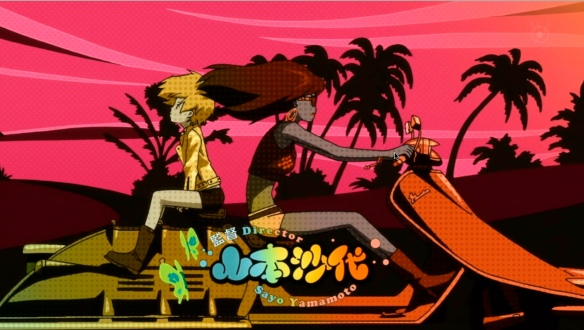 The concept behind the show is simple, escaped high security prisoner Michiko Malandro is determined to reunite the orphaned Hatchin with the former gang leader and father Hiroshi Morenos. This sets the show up for plenty of confrontations with the police and gangs underlined with archetypal drama. The typical plot is made more interesting by being set in a South American/ Brazil environment, a lessor used setting for Japanese animation.

The draw of the show is action. It is fast paced and stylish with mostly hand to hand combat and pistols. The action scenes are full of unexpected moves and are cinematic with the music kicking in at appropriate points. The music plays an important part in setting the mood and makes the action scenes much more enjoyable.

The only think stopping Michiko to Hatchin from being a classic is the not so great underlying story. It is a definite watch for the action genre fans.